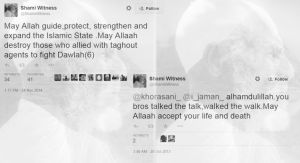 @shamiwitness is one of the most popular and influential handles of the dreaded ISIS and this account was being run out of Bengaluru. Although the handle has been taken down following the revelation, investigations show that the person who prefers to call him as Mehdi is working as an executive in a food company in Bengaluru.
This revelation has brought once again to light that the ISIS has such a global reach and relies so heavily on India to spread its propaganda. It also goes on to prove that a lot of Indians who signed up for the ISIS were carrying out various jobs for the ISIS and one of the primary tasks assigned was to run the social media campaign of the ISIS.
Read more

Religious conversions have been a subject of debate since a very long time and yesterday the issue rocked Parliament in a big way. It was argued by the opposition that forcible conversions had been undertaken in Agra.
However, this argument by the opposition was met with stiff resistance with many claiming that the event was not to convert people. There were Hindus who had been forcibly converted and this was an exercise to bring them back to their original religion voluntarily.

The most dreaded terrorist Hafiz Saeed has a large goal now and reports now confirm that his organization the Falah-e-Insaniat is carrying out charity work in Gaza. This has alarmed the Israeli agencies who have been gunning for this man ever since his primary organization the Lashkar-e-Tayiba carried out the 26/11 attacks in which several persons including jews were killed.

The Israeli intelligence which confirmed the presence of Saeed’s network in Gaza has also told the Indian agencies about the same. Indian Intelligence Bureau officials tell Oneindia that this was on expected lines and the Lashkar at the behest of the ISI has decided to rake up in a big way the Kashmir and Gaza issue.

Now that the opposition has decided to bring up the issue of re-conversions, it would also do well if it debated at length the inflow of money amounting to Rs 10,500 crore that is pumped in every year to Christian missionaries to convert people. As has been noted by Phillip Goldberg, the author of American Veda it is not conversion but coercion that is taking this clearly driving the point that people are forced for the numbers and not for the faith.
Read more:

The Criminal Investigation Department, Karnataka probing the mysterious death of a 14 year old from Thirthahalli in its 233 page report has concluded that it was death by suicide. A 14-year-old had mysteriously died in October and this had led to rioting in Thirthahalli and other parts of Shimoga demanding that justice be done. Several organizations which took to the streets accused a member of the Muslim community of being behind this incident. The state government had ordered a CID probe into the incident.
Read more:

A tragic incident in the month of October of a girl from Thirthahalli, Shimoga, Karnataka hit the headlines in the month of October. While one may have expected that the death would be mourned and a closure would be attained by the families, following a thorough police probe, what one got to witness was communal rioting and politics being played over the death of an innocent girl. The incident: Thirthahalli is known to be a quiet place. However, this incident saw never before like violence which left the entire town dumb founded. People were not mourning the death of the girl, but trading charges against each others, especially the politicians on how this incident was being botched up by the Congress government.
Read more:

We have the statistics and each time a rape occurs there is a hue and cry only to be forgotten. Amidst the raging debates on whether to ban or not taxi services, here are some statistics that would show that there have been 69,000 cases of rape since the year 2009 and just 16,000 convictions while the others are pending or the prosecution has not been able to prove the offence.
Read more

The Home Ministry says that it is looking into a letter written by the aviation ministry to withdraw privileges to Robert Vadra which exempts him from being frisked. The aviation ministry wrote it’s second letter reminding the home ministry to withdraw this privilege given to Vadra. After not having responded to the first letter, the Home Ministry now says that it is looking into the matter and an order would be issued soon. The aviation ministry in its two letters had told the home ministry that since Vadra does not hold any Constitutional post he cannot be given the privilege of not being frisked.
read more 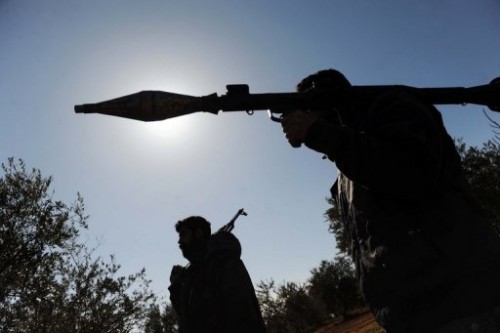 They are involved in three major robberies, they planted a bomb on the Chennai train, they also are accused of carrying out a blast in Bijnor. Yesterday a country wide alert was issued stating that these youth who broke out of the Khandwa jail last year are planning on carrying out a spate of attacks across the country particularly down South.
It is quite astonishing that a group of five persons belonging to the outlawed Students Islamic Movement of India are causing so many problems for the security agencies that all the state police forces put together are unable to nab them. It is pitiable that five people have kept almost all the agencies on tenterhooks.
Read more: