New Delhi, Feb 13: Will Arvind Kejriwal be Narendra Modi’s challenger in 2024. There are a good four years away for the next national election, but there is already talk that Kejriwal would be the face of the Opposition in the 2024 elections.

While the AAP would already be nurturing its national ambition, leading psephologist, Dr. Sandeep Shastri feels that Kejriwal should not dip his finger in the national pie now.

As complaints about hacking of WhatsApp data by the Pegasus spyware developed by an Israeli firm NSO group came up, Amit Malviya, IT Cell chief of the BJP, questioned the timing of their complaints also asked if they were contacted by WhatsApp earlier, why didn’t they come and say it earlier. In a tweet, while replying to Rahul Gandhi, Rajeev Chandrasekhar said that privacy became a fundamental right under the Narendra Modi government.

The Union government was quick to spring into action as complaints about hacking of WhatsApp data by the Pegasus spyware developed by an Israeli firm NSO group came up.

Even as the government sought an explanation, some decided to make it a political slugfest after it was said that around 12 lawyers, journalists and activists had been targeted.

There is talk that the Modi government may table the Uniform Civil Code Bill in Parliament this year. Once passed, it would mandate implementing a common set of laws for all Indian Citizens irrespective of their faith or religion.

The Union Government led by Prime Minister Narendra Modi took a very bold step when it went ahead with the abrogation of Article 370. The BJP led government in fact did exactly what it had promised in its manifesto.

With one promise being fulfilled, the focus now shifts to the Uniform Civil Code. Recently, Union Home Minister Amit Shah said that the UCC is part of the BJP’s manifesto. He said that they would stand by their decision, while adding that no country should have any law based on religion and there should be a single law for all citizens.

New Delhi, May 23: The BJP has put up an outstanding show and is all set to form the government again. It was a massive mandate that the country gave Prime Minister Narendra Modi, which ensured his return to power again.

BJP spokesperson and the party IT Cell chief, Amit Malviya says that the people of India have endorsed Narendra Modi. His development plank, what he has done for the poor and the respect that he commands has ensured that the BJP returned to power with such impressive numbers. The people of the country have immense respect for him and the numbers clearly show that, he also added. 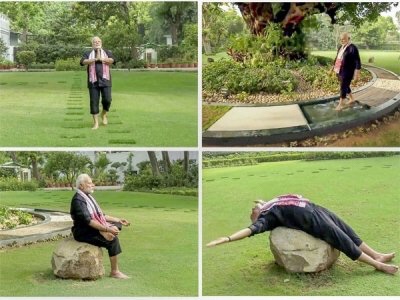 New Delhi, Aug 21: Several persons have asked how much money had been spent on Prime Minister, Narendra Modi’s fitness challenge video. In an official response, it has been said that not a single paisa was spent on making the video.

New Delhi, Aug 16: The passing away of former Prime Minister of India, Atal Vajpayee has seen an outpouring of grief across the nation. The former PM who was conferred with the Bharat Ratna passed away at AIIMS at 5.05 on August 16. 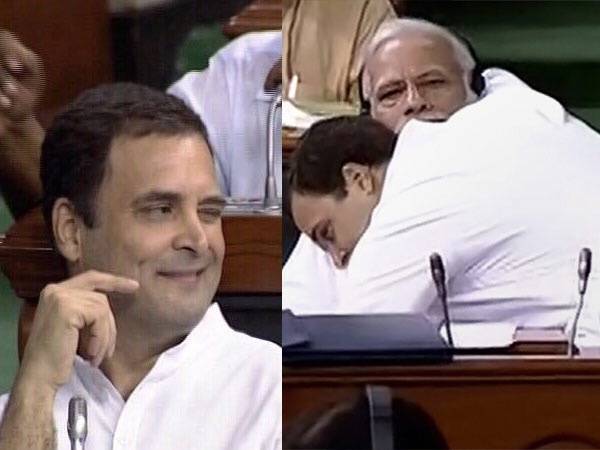 The hug in Parliament is a matter of national debate right now. During his speech at the no-confidence motion, Rahul Gandhi not only attacked the government, but decided to end it on a filmy note, when he hugged the Prime Minister.

Prime Minister Narendra Modi once again floated the idea of a ‘one nation, one poll.’ While the non-BJP ruled states do not appear in favour of the idea, the issue has been gaining traction.

During one of his rallies in Karnataka, Prime Minister Narendra Modi said that the Congress would be reduced to three Ps- Punjab, Puducherry and Parivar. It happened, in fact quite literally with the Congress being reduced to the second position.