New Delhi, Dec 09: The sudden and tragic demise of Chief of Defence Staff, General Bipin Rawat has not only shaken up the nation, but also thrown up a very difficult question on succession.

New Delhi, June 11: The situation along the Line of Control has calmed down considerably, with both India and China engaging in dialogue. The cool down began following the Lt. General level talks that were held on Saturday. 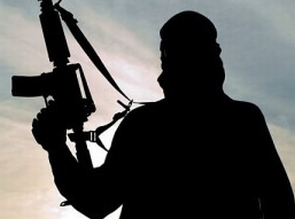 The tension along the Line of Control is expected to flare up further and Pakistan wants a maximum number of its Fidayeens stationed in Kashmir before the election process in the Valley commences. Right from the Lashkar-e-Tayiba chief who has held several meetings with the ISI and the Pakistan, each one of them has vowed to station a huge force of their Fidayeens in the Valley and wage an all out war against the Indian army, sources in the military intelligence informed.

The intelligence from Kashmir would suggest that there is already an attempt being made by those supporting the Pakistan cause to ensure that the election process is not conducted smoothly. The BJP has been on a mission to ensure that every Kashmiri Pundit registers to vote and if this does happen it could be a game changer in Kashmir where the party is aiming for at least 45 seats. There has been a special focus on the areas of Sopore, Anantnag, Habba Kadal and Tral by the BJP and this according to the party are areas where there has been a call by the Muslims to boycott the elections on the instructions of the seperatists. A large chunk of the infiltrations that are being attempted are attempted at the above mentioned places and this is being done solely with an intention of ruining the BJP march as they fear if this party has a say in the Valley it would become difficult for Pakistan to further its Kashmir cause.

END_OF_DOCUMENT_TOKEN_TO_BE_REPLACED 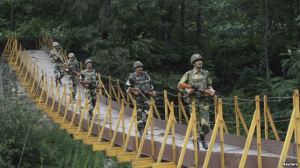 Amidst violations along the Line of Control, the one point that clearly comes to the mind is that the two Prime Ministers in question (India and Pakistan) are in office but have no power. This is what the experts believe which in turn is leading to such a problem.

Air Marshal (retired) B K Pandey, feels that no good will come out of the talks between the two Prime Ministers in the future since both have the same problem that they are in office and have no power. The shots are being called by some one else on both sides and hence both cannot give any concrete assurance and solve the problem. Air Marshal Pandey took time off to speak with rediff.com on the issue and he points out that the he feels sad for the Indian army which is fighting two battles- one with Pakistan and the second with a hostile public comprising seperatists in the Valley.

END_OF_DOCUMENT_TOKEN_TO_BE_REPLACED

India and Pakistan will hold a meeting at 1 PM at the Chakan da Bagh on the Line of Control in Kashmir’s Poonch district today. The meeting will be led by the brigadiers.

What is a flag meeting and what is the procedure that is involved in this? Air Marshal B K Pandey explains: END_OF_DOCUMENT_TOKEN_TO_BE_REPLACED

Jaswant Singh who was the former external affairs minister of India made quite a startling revelation when he said that he knew for a fact that militant commander Mast Gul, who was involved in the 1995 siege of Chrar-e-Sharief shrine in Kashmir, was “escorted to the Line of Control” after he had “vacated the dargah”

The revelation came at an interesting time when he was asked if India is paying the price for the events that followed after the Kandahar hijacking incident.

Mast Gul had taken siege of the Chrar-e-Shareif shrine in Kashmir. He had led a large group of militants into the shrine. There was a stand off with the Indian army for nearly two months and finally the shrine was burnt down under mysterious circumstances. The debate as to whether the army burnt it down or was it the work of the militants still continues. The army maintains that it was the militants who burnt down the shrine, but according to the militants it was the job of the army to flush them out as a result of which twenty of them had died.

Although Singh does not elaborate further on who could have led Gul to the Line of Control and why this was carried out, many who were part of that operation say that there was never any deal that had been struck to escort Gul out of the country.

A former army official involved in that operation says that Gul had escaped during the battle and managed to cross over without the help of the Indian establishment. However if someone had helped him cross over then it had to be the local police of that time. Militants always managed to cross over with a lot of ease and we have seen for ourselves how militants have walked through the border as they did enjoy the support of the local police.

It did surprise all of us how he managed to escape from that spot and unless there was some local help from the establishment in Kashmir, he could not have escaped so easily. Moreover during the various interrogations that we have conducted, it has taken us some time to identify the militant since most of these persons are in disguise and more often than not they look like the local Kashmiri. It has always been the case that another militant has helped identify such people for us. The statements by Jaswant Singh do not point towards a deal that the Indian establishment may have struck and hence it was a case of Gul using his local contacts to cross over.

C D Sahay, former chief of the Research and Analysis Wing who was posted at Kashmir at the time of that incident at Chrar-e-Sharrief says that Kashmir was under the control of the Governor at that time. It was a major incident and Gul had taken siege of the Dargah while the army had positioned itself all around the place. The army just could not go close as the militants were threatening to burn the place down. His escape has always been a mystery and the belief is that he got into one of the water tankers and gave the security forces the slip. It did surprise people how he could have escaped from that situation and if anyone would know it would be the local police as I have no recollection of any deal that was struck with Gul at that time.

Officials in the Intelligence Bureau point out that there was absolutely no sense in striking a deal with Gul at that point in time. It was a siege which lasted for nearly two months and moreover the shrine in question too was not saved as it was burnt down completely.

Sahay would echo the same sentiment and say that it was not like the Hazrath Bal incident where there was a negotiation in order to save the shrine. Although the Indian doctrine does say that there will be no negotiation with the terrorists, there have been many instances where such talks have been held. Be it in Kashmir, Assam or for that matter the IC 818 incident. However in the Mast Gul case there was never any deal. The core group which I was part of at that time was not aware of any deal being struck with Gul.

The former army official points out that there was no benefit what so ever in striking a deal with Gul. It was the peak time for the Hizbul of which he was part of and we had no reason to believe that the activities of this outfit would come down if this deal was struck.

However there is one more aspect which has come to become a debating point in all this. India was desperate to have elections in the Valley and the country wanted a popular government in place. Having a Mast Gul around in the Valley at that time would have only derailed the process as he had become a very powerful leader in that area. Having him around in Kashmir that too a year before the state was planning on having elections would have only meant that they would had to deal with a powerful militant commander during the elections who would have tried and disrupted the election process.

Moreover the Indian agencies were also aware of the fact that the ISI had seen no more utility in him and sending him back to Pakistan would have ensured a quiet death for Gul. It was during this time that the ISI had decided to stop investing in the Hizbul Mujahideen as they found that there were too many locals in the group. They felt that the Indian agencies were winning over the locals in Kashmir and hence having such persons for such an important battle would not serve the purpose. Moreover the ISI was nurturing the Lashkar-e-Tayiba a full fledged Pakistan group for the battle in Kashmir at that point in time. Hence sending Gul back to Pakistan would have not been fatal to India’s cause although having him around in India would have been more of an irritant value.

Sahay however points out that Singh will have to explain more in order to ascertain this claim as none of the agencies involved in the Gul incident are aware of any such deal. Moreover it was not as though that by entering into a negotiation with Gul were the Indians going to achieve some peace in the Valley. More importantly Gul burnt down the shrine and there was not really anything that we were able to salvage in that particular operation