Superstitions and predictions during the Karnataka elections fell flat this time. No one even expected that the BJP would be pushed so low in the elections.

In this context it would be interesting to observe what happened at the Sringeri Assembly constituency. This was a constituency which since the year 1952 has proven that which ever party wins this segment goes on to form the government. Since the year 1957 this has been the trend, but in the year 2013 it has been majorly reversed and for the first time in the history of Karnataka will the party winning Sringeri not form the government.

END_OF_DOCUMENT_TOKEN_TO_BE_REPLACED 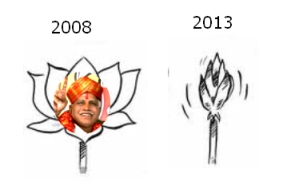 B S Yeddyurappa’s Karnataka Janatha Party may have won just six seats. There is nothing for him to tom tom about his political career now, but the former BJP Chief Minister feels that he split the votes which led to a Congress victory.

While Yeddyurappa’s party the KJP bit the dust in the elections, the results of which were announced yesterday, he is still taking solace out of the fact that he pushed the BJP down a great deal.

END_OF_DOCUMENT_TOKEN_TO_BE_REPLACED

Caste was always a factor during the Karnataka elections and this time around too it has played a major role. However the surprise was the tilt of the Lingayat vote bank in favour of the Congress which ended up winning 67 out of the 118 Lingayat dominated areas in the state.

The Congress will be pleased with this improvement since it had managed to win only 20 seats in the Lingayat dominated belts during 2008. This was largely because the BJP had projected B S Yeddyurappa as its leader and there was a major trend in favour of the party back then. The BJP however tried to counter the Yeddyurappa factor by appointing Jagadish Shettar also a Lingayat as its leader. However the Shettar magic clearly did not work as the votes were split three way in 2013 which ended up benefitting the Congress. END_OF_DOCUMENT_TOKEN_TO_BE_REPLACED 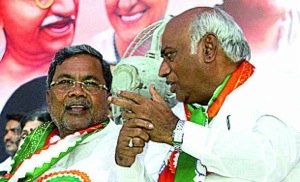 With the Congress undecided on whom to make the next Chief Minister, an option that is being considered and spoken about in the Congress circles is a 50:50 arrangement. The preferred choice of both Sonia and Rahul Gandhi is Mallikarjuna Kharge.
There are a couple of factors that have made the two top leaders of the Congress favour Kharge to be Chief Minister. Kharge is four decades old in the Congress and he is a loyalist. Moreover he is a candidate with no one would have any problem except the Siddaramaiah faction due to his seniority in the party. END_OF_DOCUMENT_TOKEN_TO_BE_REPLACED

He however thanked the people of the state who had voted for the Congress. There has been a negative vote against the BJP, but one must not forget about how the Congress went to the people and helped them with their problems.

END_OF_DOCUMENT_TOKEN_TO_BE_REPLACED

Congress leaders Siddarmaiah and G Parameshwar are likely to leave with a host of other senior leaders to meet with the high command on the issue of Chief Minister. At Delhi the leaders would decide on a date to convene a Congress Legislature Party (CLP) meeting to elect the new leader of the party who would become Chief Minister.
Siddarmaiah is the front runner for the post, but there are efforts being made by Mallikarjuna Kharge and D KShivakumar to grab the coveted post. Congress leaders in Karnataka have maintained that they would abide by the decision of the High Command. At Delhi all the leaders would meet collectively and individually with the top leadership and take a final call on who the leader would be. They would then return to Bangalore and convene the CLP meeting to formally elect the leader. 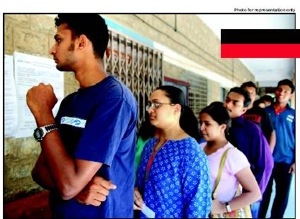 The urban voter was clearly in favour of the Congress. Be it at Bangalore, Mysore or Mangalore the three major urban areas in the state, the Congress put up a good show and the high voter turn out in these belts indicated that the people voted for a change.

In Bangalore alone there are 28 constituencies and the Congress managed to win 13 of them. The prominent wins were by Roshan Baig, N Harris, R V Devraj, Priya Krishna, Dinesh Gundu Rao among others.

END_OF_DOCUMENT_TOKEN_TO_BE_REPLACED 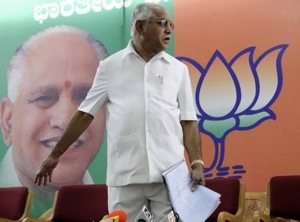 The revenge may have been completed for Yeddyurappa, but the bigger question that lies ahead is what his future political career would look like. The BJP too has a lot of thinking to do ahead of the 2014 elections as Karnataka is the only state from where the BJP can win some MP seats.

Both the BJP and Yeddyurappa have today realized that they are useless without each other. While Yeddyurappa realizes that he has become a pawn at the hands of the Congress as many believe that he played this anti BJP game at the behest of the Congress. The BJP on the other hand realizes that it has lost a massive vote bank after the exit of Yeddyurappa. END_OF_DOCUMENT_TOKEN_TO_BE_REPLACED 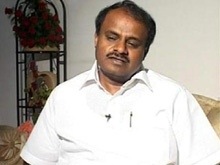 While the mood at the BJP office is low, the situation is no different at the JD(S) party office. The party only managed to improve its tally by 12 seats when compared to last time when it had won in 28 constituencies.

The JD(S) despite getting 40 seats and equaling the BJP will not be happy with its performance at the moment. The result would mean that it would have to sit out of power for another 5 years at least. With the Congress hitting the majority mark, it does not require the services of any of the other parties to form the government. This is not good news for the JD(S) which will struggle to keep its flock united. END_OF_DOCUMENT_TOKEN_TO_BE_REPLACED