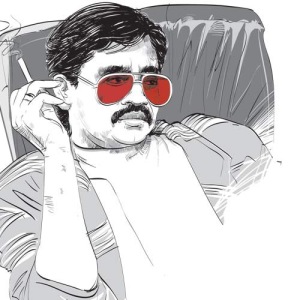 Dawood Ibrahim has been missing from his home in Karachi since May 28 2014. It was days after the Narendra Modi government took over that the ISI decided to shift its financial asset to the Afghanistan-Pakistan border. He has been in that region since the past five months and the ISI will not take a single chance to move him from there, an Intelligence Bureau official confirmed.

The apprehension that the ISI had was that India had already collected all possible information on Dawood and knew his exact whereabouts. India had contemplated carrying out a major operation to nab him dead or alive and in a bid to scuttle this plan, the ISI along with its own security personnel moved him to the Afghanistan-Pakistan border in the month of May. Moreover the ISI was also well aware that nabbing Dawood Ibrahim was a pet project of the National Security Advisor and wanted to take no chance.

Keeping Dawood in the Af-Pk border only meant that his base was entirely new and they could keep moving him around as and when India gathered intelligence on him. The IB official further informed that the Af-Pk border is a safe den for several ISI assets. They have kept even the AQIS chief Asim Umar over there. These areas are heavily guarded and controlled by the ISI and the Paksitan army and they consider it to be safer to keep their operatives there rather than in Karachi.

The residence of Dawood Ibrahim had become like a shrine for several terrorist operatives from India who visited Karachi. Each one of them on their return to India after being nabbed had confirmed this to the Indian agencies. They spoke about his Karachi mansion and also the protection that he had been getting from the ISI.

The recent meeting of the NSA in the US also discussed the Dawood Ibrahim issue. India however has decided to go after his financial network in India which is largely a drug syndicate in a bid to weaken him. Sources say that breaking his finances makes him a waste to the ISI which relies on 40 per cent of his earnings in exchange for a smooth drug route and protection.

The IB says that the ISI will keep moving Dawood from time to time. The ISI had in fact cancelled a proposed visit by Dawood to Dubai in the month of June. They had advised him against undertaking any kind of travel as there are several agencies gunning for him.

5 thoughts on “Dawood missing since May”