Bengaluru, Aug 22: A day after Karnataka’s Home Minister decided to give Amnesty International a clean chit, the social media is asking a question- Did the fact that Oshanie Fernandes, daughter of Congress leader Oscar Fernandes working with Amnesty International have anything to do with the decision?
There were scores of tweets accusing the Karnataka government of giving Amnesty a clean chit due to this connection. A case of sedition had been filed against Amnesty International after anti-national and Azad Kashmir slogans were allegedly raised at an event at Bengaluru a few days back.

Yesterday the BJP overturned its decision on inducting the contreversial Paramod Muthali and today it was the turn of the Congress. Dinker Shetty an accused in the Mangalore pub attack case in which women were beaten up joined the Congress and barely few hours later his induction was put on hold and membwrship cancelled.
Shetty a legal advisor of the Ram Sena of which Muthalik is the chief was taken into the Congress in the presence of senior leaders Janardhan Poojary and Oscar Fernandes.
However shoetly after his induction there were protests within the Congress and even the BJP questioned the double standards of the party. Fernandes was quick to react and overturned the decision immediately. Fernandes while over turning the decision said that he was unaware of Shetty’s background.
The Karnataka Congress chief, Parameshwar said that he was unaware of his induction and corrective steps had been taken immediately. He also said that such decisions cannot be taken by individuals and needs the party’s approval for the same.
Yesterday Muthalik was inducted into the BJP and following an uproar his membership was cancelled. 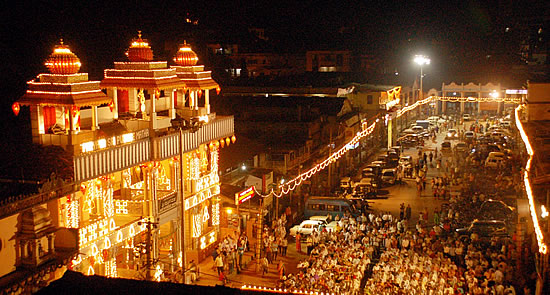 Udupi would be a very interesting constituency to watch out for. It has been in the news for some very wrong reasons in the past and also the BJP which had made it a strong hold appears to be losing steam over here.

At Udupi for several years, the advantage was always with the Congress and the party has won 12 times. The BJP however started to make inroads only recently and won the seat thrice.

END_OF_DOCUMENT_TOKEN_TO_BE_REPLACED 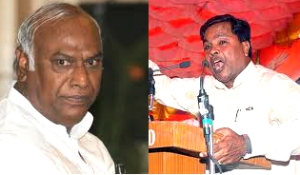 The Congress has always created a suspense when it came to announcing their Chief Ministerial candidate. In Karnataka the case is no different and with S M Krishna forced into retirement, the Congress will have to look for a person who  could be the Chief Minister in case the party manages to win the Karnataka polls. END_OF_DOCUMENT_TOKEN_TO_BE_REPLACED

In the months to come the Parliament would pass a controversial bill- The Protection of Children from Sexual Offences Bill 2011. While there are many salient features in this Bill the most important point would be that no person below the age of 18 will have the legal capability to give consent for any sexual activity.

The above mentioned point is expected to be the most debated as it clashes directly with the provision enshrined in the Indian Penal Code which states that the consenting age for a girl would be 16 years.

The bill emerges mainly due to the high number of sexual assault cases against children. As per the report of the Ministry of Women and Child development there were an estimated 153 million gilrs and 73 million boys under the age of 18 who were subject to forced sexual intercourse and other forms of sexual violence.

Oscar Fernandes the Member of Parliament from Udupi who heads the committee which made these recommendations told rediff.com that the wider perspective has to be seen in order to protect children from sexual offences. However I would not like to get into any more details on this bill as we are still examining it thoroughly. A report to this effect will be submitted on June 15th and then it will be the Parliament which will decide on the matter. I am however confident that it would be passed in Parliament as it is a necessary yet sensitive issue. There are certain things that have been said in the government report on this issue and there will need to be a response on that, Fernandes also added.

The obvious clash in this bill is with regard to the age factor. Legal experts and activists say that it is bound to lead to a lot of confusion, but at the end of the day it would be the Bill that would prevail as it would be a special law.

Justice Hegde says that with regard to the age of consent there has been a lot of discussion in this regard. It is a social issue and different classes of people feel differently about it. There are a good number of people who also feel that no law should control such issues. On a personal level what I feel is that if it is a question of consent then it is the penal and not the special law which would be more appropriate. We are already burdened with many false cases of sexual harassment in this country and by reducing the age this problem could only worsen. One cannot jump to the conclusion that an adult is defined by her voting age and hence according to me 16 is an appropriate age. The bill once it becomes a law can be subject to scrutiny by the Supreme Court of India. However courts normally do not tend to interfere unless it finds that it is extraordinarily arbitrary in nature.

H S Chandramouli, state public prosecutor of Karnataka says that before getting into any detail it is extremely important that a child is defined under law properly. Under the juvenile offenders act a child is defined between the age of 16 and 18. Under the IPC the consenting age for a girl is 16 while under the new Bill it once again takes it back to 18. I have been arguing in almost all my  cases that the age for a juvenile should be between 14 and 16 as the times are changed as children have much more exposure.

On one hand the marriageable age in India for a woman has been fixed at 18 and on the other the IPC says that 16 is the consenting age. Before we set out making more laws there is an urgent need to codify the entire issue properly and bring out some clarity in it. It is clear that it would be the special law which will over ride the provisions of the IPC, but then again what happens to the Juvenile offender act? In such an event it would be both the IPC and the Juvenile Offenders Act which will require an immediate amendment failing which it would become very confusing. Moreover before making any such amendment I feel that the social issues need to be taken into consideration here as the situation that we faces in the villages and the cities are entirely different according to me.

According to Sonia Kaur, a student the consenting age should be 18 and it is the bill which should over ride the provisions in the IPC. One cannot always take into consideration education and exposure in a city to decide on the consenting age for a woman. A woman has a better understanding of what her mind and body needs only when she turns 18. There is a reason why the government has fixed 18 as the voting age as that person is capable of taking a decision. Some may argue that reaching puberty should be the age that should decide on the consenting factor. I however do not agree with it as there is mental maturity which is also needed.

What the Bill seeks to do?

The Bill seeks to protect children from offences such as sexual assault, harassment and pornography. The bill defines any person below the age of 18 as a child. There are penal provisions for an offender who commits a sexual offence against anyone below the age of 18.

A person commits “sexual harassment” if he uses words or shows body parts to a child with sexual intent, shows pornography to a child or threatens to depict a child involved in sexual act through the media.

If a person  penetrates his penis into the vagina, mouth, urethra or anus of a child or makes a child do the same or inserts any other object into the child’s body or applies his mouth to a child’s body parts it would constitute an offence

If the child is between 16 and 18 years, it shall be considered whether consent for the act was taken against his will or was taken by drugs, impersonation, fraud, undue influence and when the child was sleeping or unconscious.

Penetrative sexual assault shall be considered aggravated if it injures the sexual organs of the child or takes place during communal violence or the child becomes pregnant or gets any other threatening disease or is below 12 years.

There are penalties for storage of pornographic material and abetment of an offence.