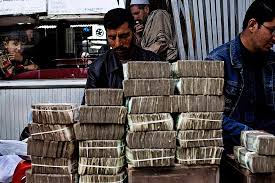 In our ongoing series on hawala money, we have dealt with various aspects regarding this menace. With such huge remittances into India done through hawala channels, the menace has grown bigger and what is worrying is that it has become a safe channel even for criminals and terrorists.

In the concluding part of the series, we speak with Professor, R Vaidyanathan, professor of finance in the Indian Institute of Management-Bangalore, who has prepared several papers on black money and how India should deal with the issue. In this exclusive interview with oneindia.com, Professor Vaidynathan says that there are only ways to minimize the problem, but to put an end to it is next to impossible.

Like Loading...
When a state like Kerala alone has an annual remittance of Rs 23,000 crore in form of hawala money, it just goes on to speak volumes about the problem.
As Oneindia begins this series on hawala money in India, let us note that this form of a financial transaction is something that is used by politicians, the underworld, terrorists and also the common man. Let us being the first part of this series in which we will explain the basic definition of hawala, how it works and why it continues to remain the most preferred form of money transfer despite it being illegal.Read more 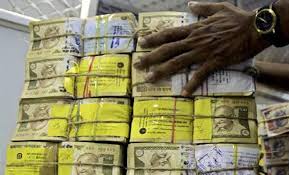 Kerala which is called God’s own Country also has this reputation of being the state with the highest hawala remittance in the country. Yesterday we explained to our readers the definition of hawala and its code. Today in the second part of this series we tell you the horrific state of affairs prevailing in Kerala and how it went on to become the hawala capital of the world.
Rs 23,000 crore hawala every year:
A report of the Home Ministry which is with oneindia.com states that there is an annual remittance of hawala money into Kerala which runs into around Rs 23,000 crore per year. This is a worrying statistic since Kerala incidentally is the state which has linked the Gulf with India as a result of which several terror groups have set up base here. Read more

There has been yet another beheading by the ISIS and this would go on to indicate that the group is just not ready to give up despite the strikes by the US on its camps.
Beheading videos have been a common practise among the terrorist groups and was popularized a lot by the al-Qaeda.
Today the brutality is thrived upon by the ISIS and such videos have become a regular occurrence. Read more 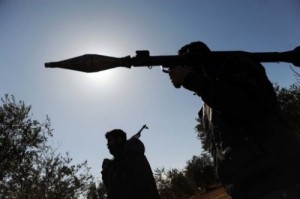 The Indian Intelligence Agencies have issued a fresh alert in the wake of two ISIS related incidents. The release of an audio by the ISIS chief Abu Bakr Al Baghdadi and the coming together of his outfit with the al-qaeda in Syria is a cause of concern an Intelligence Bureua official informed.
What ISIS, al-qaeda coming together mean for IM, SIMI
These two developments will sort out the confusion in the minds of its Indian affiliates SIMI and the Indian Mujahideen who have been in a confused state of mind ever since the battle between the ISIS and the al-qaeda became fierce. The key recruiter for the ISIS, Sultan Ahmed Armar in his various chat transcripts has always suggested that there is a great deal of confusion over the recruitment process. Read more

Like Loading...
The Home Ministry has sought a report on all illegal Madrasas in the country from the Intelligence Bureau (IB) in a bid to keep a tab on their activities. In the recent past several Madrasas have come under the scanner and it has been found that they are being used to breed terrorists and the Burdwan episode was one such example of the same. 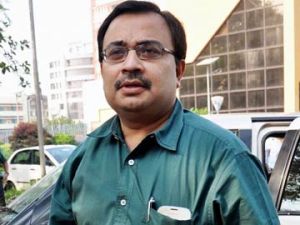 Kunal Ghosh finally did what he had threatened to do. The CBI which has been probing him says that they would investigate the incident as they feel he was being pressured by someone not to reveal names.
CBI sources said that Ghosh was constantly under pressure not to reveal the big names in the Saradha scam and his attempted suicide could be related to just that.
Read More