New Delhi, Oct 23: The Bollywood drug probe will gain more steam in the coming weeks. Several more A-listers are set to be questioned over the next couple of weeks, officials familiar with the developments told OneIndia. Several A-listers from Bollywood have come under the scanner of the Narcotics Control Bureau (NCB), which is investigating the drug angle in film actor Sushant Singh Rajput’s death.

New Delhi, Oct 16: After Mumbai, Delhi will be on the radar of the Narcotics Control Bureau (NCB). Recent raids and the investigations by the NCB have shown that in a majority of the cases, the drugs have been Mumbai borne.

The drug angle has been probed extensively, following the death of actor Sushant Singh Rajput. Several top actors have been summoned by the NCB for questioning and the agency netted at least 20 people in connection with this case.

New Delhi, Sep 26: The Bollywood drug case linked to the death of Sushant Singh Rajput is the talk of the town. With big personalities from the industry being summoned by the Narcotics Control Bureau (NCB), it would be a good idea to take a look at the Narcotics Drugs and Psychotropic Substances Act (NDPS) of 1985.

No person shall cultivate any coca plant or gather any portion of coca plant; cultivate the opium poppy or any cannabis plant or produce, manufacture, possess, sell, purchase, transport, warehouse, use, consume, import inter-State, export inter-State, import into India, export from India or tranship any narcotic drug or psychotropic substance, except for medical or scientific purposes and in the manner and to the extent provided by the provisions of this Act. Any person found violating these measures can be charged under the NDPS Act, Section 8 (c) says.

New Delhi, Sep 25: The probe into the Bollywood drug scandal has thrown up the names of several A-listers and many are in line to be questioned.

Most of the information that the Narcotics Control Bureau (NCB) has managed to get is from the deleted WhatsApp chats. The mobile phone of Rhea Chakraborty and others were cloned to give the agencies the option to clone it in order to give access to the chats of the film stars.

New Delhi, Sep 22: Several A-listers from Bollywood have come under the scanner of the Narcotics Control Bureau (NCB), which is investigating the drug angle in film actor Sushant Singh Rajput’s death.

The NCB has sought the help of agencies from various countries to find out more about the drug flow into India and particularly Mumbai. Sources tell OneIndia that apart from gathering evidence on those who consume hard drugs such as methamphetamine, heroin and cocaine, it is also important to unearth the supply chain. 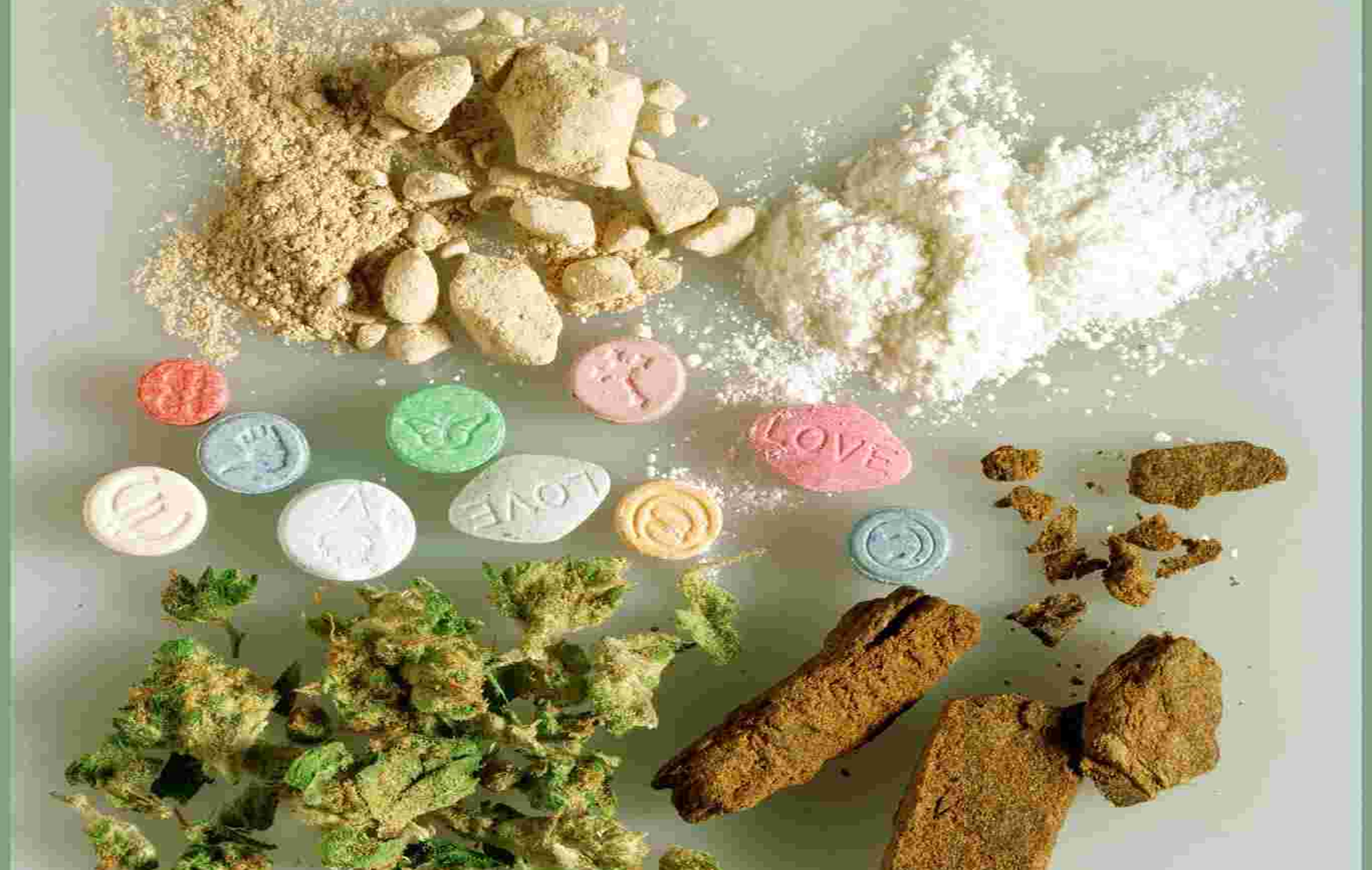 Very recently Prime Minister Narendra Modi called on the youth of India to make India drug free. While the first part of the problem can be tackled with will power, the second part of preventing the inflow of drugs into India is a huge task ahead especially for the Border Security Force.

There is an ongoing tussle between the Union Government and the state of Telangana over who should control the law and order situation in Hyderabad. The Telangana government says that it is a state subject and hence the union government should stay out of it.The experts believe that Hyderabad has a host of problems and considering it is under a new state with many challenges, there may be a need for the centre to pitch in and help the local police until things are settled down.When the administration is busy with teething problems of setting up a new state, it automatically becomes a paradise for drug peddlers, criminals and terrorists. Let us look at one incident which occured a few days back where the Narcotics Control Bureau busted a meth manufacturing centre near Hyderabad from where 223 kilos of psychotropic substances Methamphetamine and Ephedrine worth Rs 300 crore were seized. This seizure was tracked to the same module headed by Fayaz Ahmed who was recently arrested by the NCB from Gujarat.

END_OF_DOCUMENT_TOKEN_TO_BE_REPLACED

It is a well know fact that Afghanistan and Pakistan is  the birth places of the drug trade which eventually spills into India. Going by the manner in which India has managed to curb the drug trade one could say that there is a lot work that remains in this department. It has not increased over the years, but it has not come down as of yet.

India may expect a lot from Pakistan to curb the drug trade, but should also remember that it would be better if we secure our borders instead of eternally waiting for some action from that end. Pakistan would first need to control its own spy agency which has actually used this drug trade to raise funds for terror operations.

Until recently India had a problem with the drug trade which was emanating out of the Pakistan border. Today there is a problem with the Bangladesh border too. It is a two edged sword when it comes to improving trade ties with these countries. While on one hand relations do improve on the other there are many who use these friendly ties to further a drug trade as well.

Today when one looks at the scenario, it becomes clear that Rajasthan has become the major landing point from where drugs are distributed to the rest of the country. It has become a pick up point and to make matters worse there is a Kenyan and Nigerian mafia which also helps in distribution of drugs in India.

Over the past couple of months there have been a series of arrests that have been carried out in Rajasthan all of which have been associated with the drug trade. Those persons who have been arrested have been found carrying a large quantity of drugs ranging between 20 to 38 kilograms of heroin and brown sugar.

The Intelligence Bureau has raised an alarm regarding Rajasthan and says that this has become a favourite landing point for everything illegal emanating out of Pakistan. Not only do drugs land in Rajasthan, but it has also become a hub for fake currency, IB report go on to suggest. A police officer from Rajasthan points out that during the course of their investigation they have found places such as Barmer and Bikaner to be notorious for this racket.

There are several touts in this state and the moment the consignments lands agents or representatives of other states do make arrangements to pick up the same. The racket is very high in places such as Goa, Karnataka and Tamil Nadu, according to the police. Off late agencies have been finding Chennai to be a major hub for receiving drugs. The police have found that down south Chennai is the biggest hub and this is controlled directly by the Goa module.

Indian agencies are finding it extremely difficult to monitor this trade and would need to put in a bigger effort while dealing with this problem. There is a 1100 kilometre long border with Pakistan here and it has become increasingly difficult to monitor everything that goes on here. Hence it becomes important that the bordering nation too puts in a lot of effort to undertake at least half the burden while controlling this racket. The police say that they and the army too are doing their best, but at times things do skip the eye and this is when a treaty with Pakistan would come in handy.

The IB says that it is not very easy to control this trade since terrorist outfits in particular will be looking for various ways to dodge the eyes of the security agencies. The money that is generated out of this trade is like feed for these organisations and like fake currency it funds a large part of their operations.

The ISI also plays a major part in furthering this trade. In fact they have used the D network to their advantage to carry out the drug trade. In fact the D network is very well connected and has its roots deep in India. They are very familiar with the terrain and have been managing to carry forward their activity with ease. The D gang has been instructed to cough up at least 30 per cent of the income generated out of the drug trade for terror activities. 95 per cent of the drug trade today is controlled by the D Gang and thanks to this groups such as the Lashkar-e-Tayiba manages to raise Rs 1500 crore per year.

Central agencies say that this is not something that can be dealt by the national agencies and the army alone. The state agencies too have their work cut out and unless there is proper cooperation and support this menace cannot be controlled. As per the Narcotics Control Bureau there are over five million drug addicts in India. The law clearly states that the NCB needs to provide all support to the state agencies and vice versa while dealing with this problem. The states have to send in a request seeking help to deal with the problem and the NCB has to act accordingly.

Today any state which is serious about dealing with the problem needs to satisfy the following requirements.

A multi-disciplinary level Coordination Committee under the Chairmanship of Chief Secretary or a senior Secretary.

Set up an Anti Narcotics Task Force under an IG level officer with duties and responsibilities duly demarcated.

Should have an action plan to address the issue which include identification of regions sensitive to drug trafficking.

If these conditions are satisfied then the NCB has to help the states set up surveillance units and laboratories. The NCB will also have to provide states with an annual grant which would be subject to an utilisation certificate being provided.

While these are things that have been set up in almost every state in the country, the bigger issue to address the issue right at the border itself. Latest reports do suggest that with the heat being upped on the Indo-Pak border, terror groups and smugglers have been using the Bangladesh border to further this racket. There needs to be very tight survellience in these borders or else the menace could only get worse.

The drug trade is directly associated with terrorism today and hence the issue becomes even more grave. When compared to the fake currency racket, the perpertrators of the trade have found it easier to supply drugs since there still continues to be a huge demand for the same. Moreover terror networks have been pushing this trade more aggressively off late since they find the need to raise more money for their operations.