New Delhi, June 29: DGP Loknath Behra earlier this week said that terrorists have chosen Kerala as their recruitment base. They target highly educated youths in the state to accomplish their agendas across the world, he also said in an interview with a news channel.

He further added that terrorists recruit educated youth from Kerala and use their for unlawful activities. 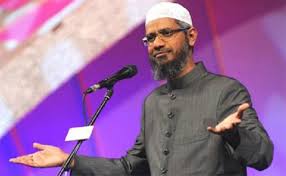 Mumbai, Aug 1: A court in Mumbai has framed charges against one person in connection with the Nagpada ISIS case. Arshi Qureshi was charged under the provisions of the Indian Penal Code and Unlawful Activities (Prevention) Act.

New Delhi, Feb 16: The National Investigation Agency has arrested Mouinudheen Parakadavath, a resident of Kasargod in Kerala for his alleged links with an Islamic State module. He was arrested by NIA officials at Delhi as he landed from Abu Dhabi.
The case relates to a terror module in which a group of youths from Kerala including some members based in the Middle-East, hatched a conspiracy as per the instructions from their online IS handlers.

Thiruvananthapuram, July 19: Islamist terror preachers have often lured youth into terrorism by promising Jihadi martyrs the services of 72 virgins in heaven. Now, it seems, youth in Kerala are being beckoned by the barbaric ISIS with a new promise. Take the case of Mohammad Marwan, a Kerala youth suspected to have joined the ISIS. He has moved past the 72 virgins temptation. Instead, he believes that if he dies a martyr, he will be able to buy tickets to heaven for 70 people.
Read more

Delhi, Jan 1: The Indian Intelligence Bureau officials and the police force which has done a commendable job in trapping scores of youth trying to join the ISIS will have another issue to deal with in 2016. IB officials have confirmed to OneIndia that two youth from Kerala have joined the Jabaat al-Nusra, which is a front for the al-Qaeda in Syria.

The UAE had decided to deport these persons after it was found that they were posting material on their social media accounts appearing to be in favour of the ISIS. It was also alleged that they were in touch with some persons in Syria.