New Delhi, Jan 16: Ejaz Lakdawala, who was once part of the D-Syndicate has told interrogators that his former boss Dawood Ibrahim lives in Pakistan. He also said that it is the ISI that is sheltering Dawood and his men in Pakistan. Most members of the D-Gang who had fled India are being provided protection by the ISI, Lakdavala also said.

It may be recalled that he was nabbed by the Mumbai police. There was a Red Corner Notice issued against him. Ejaz shuttled between India and Nepal and was involved with the underworld. He was running a major extortion racket and would make calls to businessmen, builders and film personalities.

The Thane police which is probing an extortion case has learnt that a matka operator had been investing in land on behalf of Dawood Ibrahim. This came to light during the questioning of Iqbal Kaskar, brother of the Dawood.

New Delhi, May 18: For the members of the D-Gang the hit list for Gujarat was a long one. The National Investigation Agency which probed a case following the murders of two Hindu leaders, Pragnesh Mistry and Shirish Bengali had stated that the offence was committed with an intention of inciting communal riots.

The NIA says that the entire operation headed by Javed Chikna, a key Dawood Ibrahim man had many more leaders from Gujarat on their hit list. The names of Viral Desai, a VHP leader, Jaykar Maharaj, a priest and Prakash Modi the brother in law of the deceased Bengali.

New Delhi, Jan 1: One of the biggest challenges that the security establishment in India faces is fighting the fake currency racket. It is common knowledge that the fake currency racket is one of Pakistan’s way of damaging the Indian economy and various probes conducted in this regard suggests that the ISI actively nurtures members of the D-Gang to further this racket.
Read more

Bengaluru, Dec 16: The National Investigation Agency is sending mutual legal assistance treaty to the United States of America in a bid to get information on the conversations made by members of the D Gang which plotted the killing of BJP leaders in Gujarat.
NIA officials who took over the probe into the Bhrauch murder cases have found that the perpetrators of the crime had used various services to converse and since their servers are based in the United States of America, the request was being made. 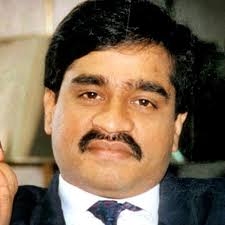 Karachi, Nov 3: Chhota Rajan has told the Indian agencies that Dawood Ibrahim is protected by the ISI- a fact that is well known since yore. However, what is more interesting is that Dawood Ibrahim who is in Pakistan has not moved from his location since the past one year, fearing that there could be an operation by the Indian agencies against him.

When Ajit Doval took over as the National Security Advisor last year, the ISI decided that it was about time to curb the movement of Dawood Ibrahim. The don who often shuttled between various locations has been confined to his home in the Clifton area of Karachi. 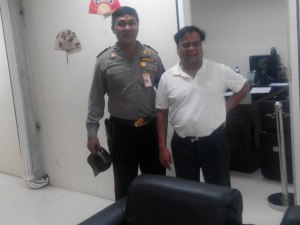 It has been widely reported that one of the reasons for bringing Chhota Rajan down to India could be to elicit more information from him about Dawood Ibrahim.
The question is what information can he give in India which he could have done living abroad?
It has been said in several circles that Rajan was providing information about the D Gang to the Intelligence Bureau (IB) for very long and hence the pertinent question that needs to be asked is what extra can he provide now?
What could be the reason for the Indian Intelligence Agencies to take such keen interest in bringing Chhota Rajan to India?
V Balachandran, former officer with the Research and Analysis Wing (RAW) says that the Intelligence Agencies are taking a major risk in this matter.

In this interview with OneIndia, Balachandran says that there is a major risk involved where Rajan’s security is concerned in India.

Bengaluru, Oct 29: The security mechanism is already in a tizzy even before Chhota Rajan has arrived in India. Even as the formalities with the Indonesian authorities are being finalised to bring Rajan back to India, the police in Mumbai are a worried lot.

The last thing that the police would want is a hit on Rajan by his rivals who are present in abundance. Since July 2015, there has been plenty of information coming by which clearly stated that the D Gang was planning a hit on Rajan. After having failed to kill him in Bangkok in 2000, the D gang has been on overdrive mode to eliminate Rajan.