New Delhi, Dec 28: The Indian Agencies had been closely coordinating with their counterparts in Germany following the Ludhiana Court blast that took place on December 23.

Two days after the blast, the Intelligence assessment showed that Jaswinder SIngh Multani, a member of the banned radical Sikh group, Sikhs for Justice was behind the blast. He at the behest of a Babbar Khalsa terrorist from Pakistan conspired and carried out the attack. They were also in the process of undertaking more such attacks.

New Delhi, Dec 27: While it has been ascertained that a rogue cop had planted the bomb in the Ludhiana Court, further probe has revealed that the attack was part of a much larger plan.

The Intelligence agencies have learnt that a Germany based Khalistan terrorist and another from the Babbar Khalsa in Pakistan had planned this attack after being tasked by the ISI.

New Delhi, Apr 20: The recent chargesheet filed by the National Investigation Agency against 7 operatives of the Babbar Khalsa International in connection with a narco smuggling case clearly suggests that the ISI continues to be backed heavily by the ISI, which is aiming cause a huge unrest in the country.

The case pertains to the seizure of 61 kilograms of Heroin along with arms and ammunition on September 20 2020 at the International border at Arnia, Jammu.

New Delhi, Dec 07: The Delhi Police earlier today arrested a five member group of terrorists following an exchange of fire in the Shakapur area of Delhi. While two belong to Punjab, the others are from Kashmir.

The two accused from Punjab are associates of Sukhmeet Singh alias Sukh Bhikariwal. They were allegedly involved in the killing of Shaurya Chakra awardee, Comrade, Balwinder Singh Sadhu who had taken on terrorists in Punjab during the height of insurgency in the 1990s.

New Delhi, Dec 26: Top Intelligence Bureau officials have said that the ISI has sponsored a major attack in Punjab. It has planned on unleashing terrorists from the Khalistan forces to strike in various places in Punjab.

The intercepts picked up on the air waves suggest that the ISI has tasked the Babbar Khalsa to carry out the attack and there are attempts to smuggle the arms into Punjab.

Ahead of the Republic Day celebrations, the Intelligence Bureau has issued three terror alerts.

The threat perception is high from the Hizbul Mujahideen-Lashkar-e-Tayiba combine, the Babbar Khalsa International and a possible lone-wolf attack by an Islamic State inspired operative, the IB has said.

Jagtar Singh the killer of former Chief Minister of Punjab, Beant Singh has been arrested in Thailand.

The arrest is a major breakthrough as it would help the Indian agencies curb the growth of ISI sponsored Punjab militancy.

Jagtar Singh alias Tara was arrested after information regarding his whereabouts were provided to the Thailand police.

He will now be extradited to India. 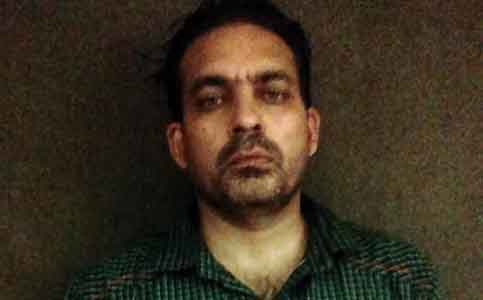 The arrest of Rattandeep Singh has prevented yet another attempt by the ISI to revive the Karachi Project. In the year 2010, the ISI had roped in all Punjab militant groups to be part of the project and once a series of successful attacks were completed they planned on ensuring a coordination of home grown terror outfits and the Punjab militants to carry out a series of attacks on Indian soil with Delhi being the prime target.

Rattandeep Singh who was questioned by the Punjab police and also sleuths of the Intelligence Bureau revealed that their patience was running out and they had planned on a series of attacks to be carried out by the 15 modules they had set up in Punjab and Delhi since the year 2005. The only successful attack in the recent past was the Ludhiana attack.

Singh rose from the ranks of a driver to a dreaded operative.  Singh first worked first as a driver for Paramjit Panjwar the chief of the Khalistan Commando force. Following the birth of another outfit by the name Bhindranwale Tiger Force, Khalistan, he was made the chief.

END_OF_DOCUMENT_TOKEN_TO_BE_REPLACED 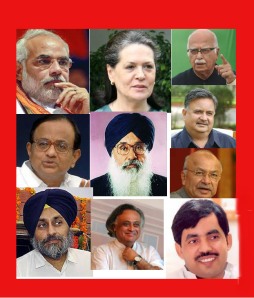 As the elections get underway the Intelligence Bureau has drawn out a fresh list which names the top ten politicians in India who are under the scanner of terrorists and naxalites.The list drawn out by the Intelligence Bureau states the names of ten politicians who are under the radar and also names around 20 police officials across the country who are also on the hit list. The report states that these politicians and officers face threats from the naxalites, Indian Mujahideen, Babbar Khalsa International and the Lashkar-e-Tayiba. It is a hard fought election and the number of rallies going up two fold when compared to the previous elections, the job of the agencies and police officials has only become harder. There are several intercepts that are being gathered on a daily basis and there are many indicators pointing towards major threats to these leaders and officers, an officer with the Intelligence Bureau told rediff.com. END_OF_DOCUMENT_TOKEN_TO_BE_REPLACED