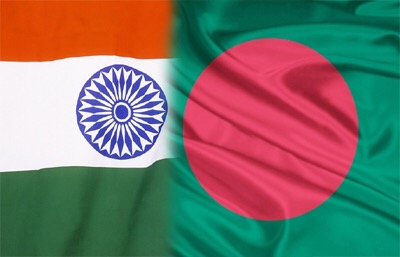 Was the ISI trying to play Bangladesh against India? Since the Awami League came to power in Bangladesh the party has ensured that the relations with India are particularly good and this has not gone down too well with a section in Bangladesh and the ISI.

The investigations into the Burdwan blast has revealed that a major part of the funding and the logistics were taken care of by the ISI.

It is kind of a catch-22 situation with Mamata Banerjee all set to visit Bangladeh between Feb 19 and 21.

While Bangladesh has welcomed with open arms this visit, there is an uncomfortable question that is being posed and that is to do with Ahmed Hassan Imran.

Did the Jamaat-ul-Mujahideen help the SIMI carry out the Patna blasts in a bid to target Prime Minister Narendra Modi? Investigations suggest that the SIMI module based out of Nalanda, which has played host to several members of the JMB had worked in tandem to carry out both the Patna and Bodhgaya blasts.
It is a well known fact that the Jamaat-ul-Mujahideen Bangladesh is a Bangladesh based outfit, which relies heavily on the SIMI network to carry out its operations in India. The SIMI announced its return by carrying out two attacks at Bodhgaya and Patna which was aimed at targeting Narendra Modi, Prime Minister of India. 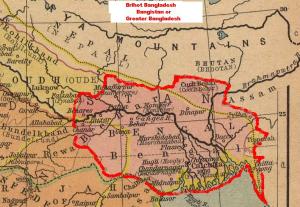 The Burdwan incident goes beyond the purview of a terror strike and when the National Security Advisor Ajit Doval visited West Bengal last week, he made it amply clear to the establishment that this incident is nothing but a coup against another nation.

With a team of the National Investigating Agency set to visit Bangladesh next week, it has its task cut out and would seek out details against at least 600 operatives all part of the network which was trying to set up its base in India in a bid to overthrow the Awami League.

Here we bring you the investigation details into the probe and going through the report of the NIA, one gets the picture as to how far and wide the entire operation spreads.

Setting up- The entire planning commenced in the year 2009 when a bunch of Jamaat-e-Islami leaders decided that they needed to overthrow the Awami League as this party had been merciless on their cadres. The Jamaat used several of its militant wings in order to execute this plan. It roped in its primary outfit the Jamaat-ul-Mujhaideen Bangladesh. The JMB was told that it would have to coordinate with the operatives of the Ansarulla Bangla, Jamaatul Muslimeen, Hepajat Islam and the Tanzim Tamiruddin in order to execute this plan.

In the later half of 2009 the JMB moved 10 of its operatives into West Bengal. Another 15 of them were moved into Assam. The first thing that they did was get in touch with the local leaders in both these states. West Bengal and Assam both had political outfits which were sympathetic to the cause of the Jamaat. The West Bengal module commenced its operations first in Madhyam Gram. This was the landing point for the operatives where they were handed out their voter ID cards and also passports. All these operatives were kept at the camps in Chittagong and Bandarban and launched into West Bengal in batches. Once in West Bengal, these cadres were taken to various camps which were set up in Malda, Nadia and Murshidabad. They started off with 10 modules in 2010 and by the turn of 2014 had managed to set up 53 modules.
END_OF_DOCUMENT_TOKEN_TO_BE_REPLACED 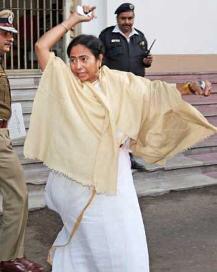 The Trinamool Congress has been in the eye of the storm off late and with back to back embarrassments vide Saradha and Burdhwan, the state government has a lot of questions to answer. The biggest question on everyones’ mind is why was Mamta Banerjee quiet all along?

While the Saradha scam saw a huge flock of the TMC being questioned, the Burdhwan incident has thrown up many questions especially the sheltering of the Jamaat-ul-Mujahideen Bangladesh who were planning nothing but a major coup against the Awami League.

Intelligence Bureau officials in India have very often complained to New Delhi about the West Bengal administration soft peddling against several elements working against the stability of the government in Bangladesh.

So, what exactly has made West Bengal such a happy hunting ground for terrorists from Bangladesh. Their names appear to crop up both in the Saradha scam and even the Burdhwan incident which has led investigators to believe that the two cases are somewhere inter-connected.
Teesta water sharing: Bangladesh has officially lodged complaints with India about the West Bengal administration particularly the TMC and even said that some of their leaders are working contrary to their interests. In effect Mamta Banerjee was the person who opposed the Teesta water sharing agreement between the two countries. This issue was first raised during the UPA regime, but Mamta has been accused of trying and stalling the project. Bangladesh which relies on this water for its northern part says that she is solely the cause for this project being stalled. She has even refused to come to the talking table and has ignored repeated requests by both the Indian and Bangladesh government on this issue. She has even refused to table and discuss the recommendations made by the Kalyan Rudra Committee. END_OF_DOCUMENT_TOKEN_TO_BE_REPLACED 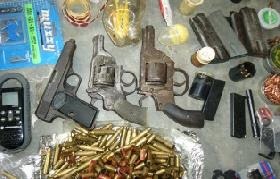 The Jamaat-ul-Mujahideen Bangladesh or the JMB which is the militant wing of the Jamaat-e-Islami in Bangladesh had set its eyes on carrying out a series of high profile abductions in a bid to ensure the safe entry of several Bangladesh Nationalist Party members. According to the input shared with the Research and Analysis Wing on the political ramifications of this incident at Burdhwan it becomes clear that there was more than what met the eye and the JMB had full plans on helping the political rivals of the Awami League which had filed a series of corruption cases against members of the BNP.

The mighty political ramifications this incident has prompted the Prime Minister to even send his top team of security officials headed by the National Security Advisor to Burdhwan to take stock of the situation. The visit by the NSA not only sends a very tough message to the West Bengal establishment which has been accused of a cover up but also will show Bangladesh that India is very serious about dismantling the terror network that their terrorists have set up India.

During the visit, the NSA and his team took stock of the situation while also advising the investigators about the importance of this probe. There is an urgent need to shut down these terror factories and act on the intelligence reports shared between the two countries. At no cost should these modules flourish and by the end of the probe the JMB should be history is what the special team from Delhi told the investigators. He also emphasized the need to ensure that there is cooperation from the state police as well and how this plays an important role since intelligence reports suggest that the JMB will look to send more people into West Bengal. There is also a warning of aggression among the JMB and they may try and orchestrate a strike within the country in a bid to seek revenge against the busting of their modules.

Bangladesh has expressed a great deal of concern over the Burdhwan module of the JMB and India on the other hands wants good relations with Bangladesh. India has assured Bangladesh of a thorough probe and also shutting down these modules which number nearly 53 in West Bengal alone.

The modules of the JMB had proposed to carry out a series of strikes in Bangladesh. They had set up bomb factories and procured plenty of material right from ball bearings, pellets, lathes, ammonium nitrate among others. They had even set up a Fidayeen wing to execute attacks and even target the Prime Minister of Bangladesh. They had planned on undertaking a major hostage crisis in Bangladesh and then demand a safe passage for the members of the BNP who had gone on exile, the R& AW report also suggests.

Several members of the BNP have fled Bangladesh thus creating a political vaccum. The Awami League in particular has been extremely harsh on the Jamaat which has been trying to establish an Islamic state in Bangladesh. The Jamaat has been in regular touch with various radical outfits including the Al-Qaeda to execute this plan, but they have repeatedly failed as the Bangladesh establishment has been particularly harsh on them. The Al-Qaeda too has spoken up for the Jamaat recently and felt the need to put up a brave fight in order to ensure that an Islamic state is established. The Al-Qaeda even went up to the extent of accusing the Awami League of walking into India’s trap and converting Bangladesh into a Hindu state as well.

Abdul Hakim is an important catch for the agencies. Hakim who was injured in the Burdwan blast has been slow to reveal details to the Intelligence Bureau but has indicated that the Jamaat-e-Islami operating under the banner of the Jamaat-ul-Mujahideen(Bangladesh) had planned on targeting the Awami League.

He tells the IB and also two officers of the NIA that they were preparing a huge consignment of arms and ammunition to fight the Bangladesh government. We sourced a chunk of the materials including the IEDs from Kolkata and were preparing them at Burdwan. A lathe was also sourced to make guns. We were also exploring the concept of rocket launchers and our team was well versed in the preparation of the same. We had material downloaded from the internet which taught us to make this ammunition.

END_OF_DOCUMENT_TOKEN_TO_BE_REPLACED

Even as the West Bengal government has rejected an NIA probe, members of the agency say that the probe here onwards is going to be extremely tough. By the time our officers reached the spot there was a teething hurry on part of the local police to destroy the evidence.

We have now been told that a large consignment of the bombs were taken away to the banks of the Damodar river and detonated. The bomb disposal ‎was very much present and could have contained any explosion if that is what the local police was worried about, the NIA says.

END_OF_DOCUMENT_TOKEN_TO_BE_REPLACED 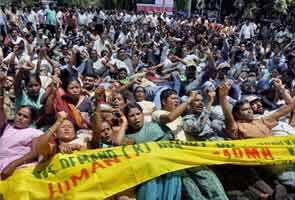 A dossier prepared by the National Security Intelligence of Bangladesh was handed over to Indian Prime Minister, Narendra Modi. The dossier speaks volumes about the role played by the politicians in West Bengal and their meetings with the Jamaat-e-Islami leaders to create problems for the Awami League.
The dossier comes following a meeting of National Security Advisor Ajit Doval and the Bangladesh foriegn minister who met at New Delhi a few days before the Prime Minister left for New York.