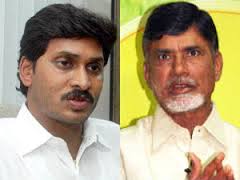 Amaravati, Apr 04: When it comes to doing politics in Andhra Pradesh, there has always been a copy-cat syndrome. Parties tend to wait for the other to release its manifesto, so that it could either copy the scheme or better it.

Parties instead of releasing manifestos early go about their poll campaigns making big promises to woo the voters. For instance after YSR Congress Party chief, Jagan Mohan Reddy announced benefits as part of the Annadata Sukhibhava scheme, the Chief Minister of AP and TDP chief, Chandrababu Naidu announced a loan waiver under the affordable housing scheme.