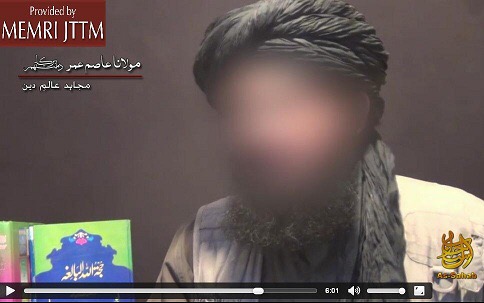 Abdul Wahid, Haider Ali, Fahim Mohammad and Safdar Nagori hold the key to the Al-Qaeda opeations in India. All these men who are in custody today have one thing in common and they all reported directly to Asim Umar, the Indian head of the Al-Qaeda. While Nagori was arrested way before the Al-Qaeda launched its India operation, the other three have claimed in their questioning about interacting with Umar and have given the Intelligence Bureau ample hints about the origin and plan of the man whom they called Shaikh Umar.

Haider the prime accused in Patna blasts was in touch with Umar prior to his arrest. Haider tells his interrogators about the links that Umar had with India. He was given to understand that Umar had a strong bond with India and the manner in which he conversed suggested that he had Indian links. Of all the Al-Qaeda operatives, Umar was the most keen about India and told us to focus on the states of UP and Bihar the most. He always said that setting up the Caliphate was extremely important and it is the Indian cadres who will play a vital role in this operation. “Involve the women so that they could preach to their sons. Make use of the anti Muslim sentiments and make them understand the value of the Al-Qaeda,” are some of the suggestions that Umar made to the SIMI during his video taped instructions.

Wahid and Ali who are both Pakistani nationals were handpicked by Umar in Karachi and sent to India. They were to help the SIMI set up the India wing of the Al-Qaeda. Both were questioned by the Indian agencies and confirm that only a formal announcement was made recently, but Umar had plans of establishing the India wing since the past several years. He never interacts directly, but all his messages are through text of video, they tell the agencies.

Intelligence Bureau officials say that Umar is a very prized member of the Al-Qaeda. He is always on guard and even the agencies in Pakistan do not want him to show his face. He has been an asset for the ISI when he was waging the battle in Kashmir for the Harkat-ul-Mujahideen. He was part of every training camp of the HuM and his job was preach Jihad to them considering he was a renowned teacher in a Deobandi school in Karachi. Even after he joined the Al-Qaeda which is very close to the HuM, he continued to be protected in Pakistan. At the time the Al-Qaeda announced its India wing he was on the Afghanistan-Pakistan border. However with the Indian agencies snffing around for more information, he was brought back to Karachi and today operatess from there, IB officials confirmed.

One thought on “Al-Qaeda to SIMI, the message is clear”