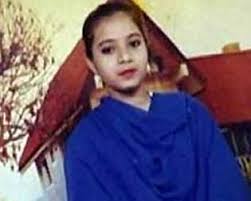 The Central Bureau of Investigation is all set to file its first chargesheet in the controversial Ishrat Jahan encounter case before a court in Ahmedabad today. While many are awaiting to see the contents of the chargesheet, it is expected to be a bit watered down and the CBI says that this would only be the first of the many chargesheets it would file in the case.

The most important aspect of the chargesheet would be not naming Rajinder Kumar, the Intelligence Bureau official as an accused in the case. There would be a reference, but that would be to the extent that he was the one who provided the alert regarding Ishrat and her accomplices.

The CBI is however silent on whether it would name Kumar in its supplementary chargesheet which is expected to come up after another couple of months. The investigation is on and we will take a call on that a CBI official told rediff.com. The CBI may wait till the end of July before it names Kumar as it appears to be easier since he would have retired by then. The statements of Kumar that he shared the alert but not operationalise the same would be part of the chargesheet to be filed today.

The names which would figure in the chargesheet would be that of D G Vanzara and seven others police officers. These officers have been charged under various sections ranging from murder to conspiracy. The CBI would however take some more time before it could name two other officers, P Pandey and K R Kaushik who are also alleged to be involved in the case.