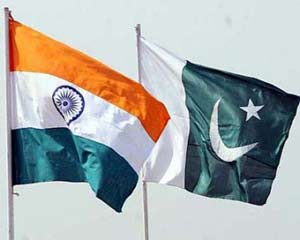 The alleged hacking of liquor baron Vijay Mallya’s by the Pakistan Cyber Army only goes on to show that cyber war between the two counties is on the rise. Cyber security experts are of the opinion that such a war is only going to escalate and India will soon find itself on the backfoot since we don’t have a dedicated team to counter such an attack.

Indian agencies say that they have always been warning that the next fight on terrorism would be on cyber space since the security system in India is not in place where this aspect is concerned.

A cyber war with India first commenced in the year 1998 when the nuclear tests were conducted. Minutes after India announced that it had conducted the tests, a group called Milworm hacked into the Bhabha Atomic Research centre website and posted some anti India messages. The cyber war then continued during the Kargil war when a group of hackers from Pakistan hacked into the website, http://www.armyinkashmir.com and posted pictures of atrocities allegedly by Indian troupes.

Pakistan today has three very crucial groups which are dedicated to hack into Indian sites. The Pakistan Hackers Club, G Force and now the Pakistan Cyber Army. The most prominent among them is the Pakistan Hackers Club which works specifically for the cause of Kashmir and Palestine. During the Kargil war and the time when India tested its nuclear weapons both these groups concentrated a lot on India. However today both these groups have been focusing more on the US and Isreali establishments and reports would suggest that they have managed to deface over 215 sites till date.

India started to hit back only in the year 2000 through a group called the Patriotic Indians. They are alleged to have defaced the websites of the Pakistani government. However statistics available would go on to show that the ratio of hacking between the two is wide. Statistics show that the Pakistan based hackers have defaced Indian sites nearly 180 times in comparison to the 23 times by the Indian hackers.

The Pakistan Cyber Army was established after some Indian hackers allegedly defaced the OGRA website of Pakistan. The claim of the PCA was that some Indian hackers were using abusive language against their country on Pakistani blogs by hacking into them. They hit back with the defacing of the Indian based ONGC site and in their message they had said that this was done in response to OGRA. Today the same group has hacked into the site belonging to Vijay Mallya.

Indian security agencies say these Pakistan based hackers are awarded and encouraged by the ISI, something that the Indian counterparts don’t do. Out here there are a pack of hackers who are more in counter attack, but they are most of the time solo. Moreover another key difference is that the cyber war from Pakistan is an official one whereas in India is still very much unofficial.

Expert on Cyber Laws, Pava Duggal tells rediff.com that there have been undercurrents on this front for quite sometime now. There have been peak and low points of such a cyber war and it usually escalates at the time of war of political developemtns. The idea of the people from across the border is to create instability by defacing Indian websites. Moreover if you notice that they have been attacking important sites only to show the netizens that if websites owned by powerful persons can be hacked then the entire establishment is weak.

It is high time that India puts in place a dedicated cyber army to protect the sovereign rights of India in cyber space. We do not have a dedicated cyber army which could work constructively to wade off external threats on our cyber space. There is a political will, but flow of such a thought process is missing. We need to take a step further to ensure pro-active preservation of our cyber security and it needs to be government sponsored since today our cyber space is extremely vulnerable.